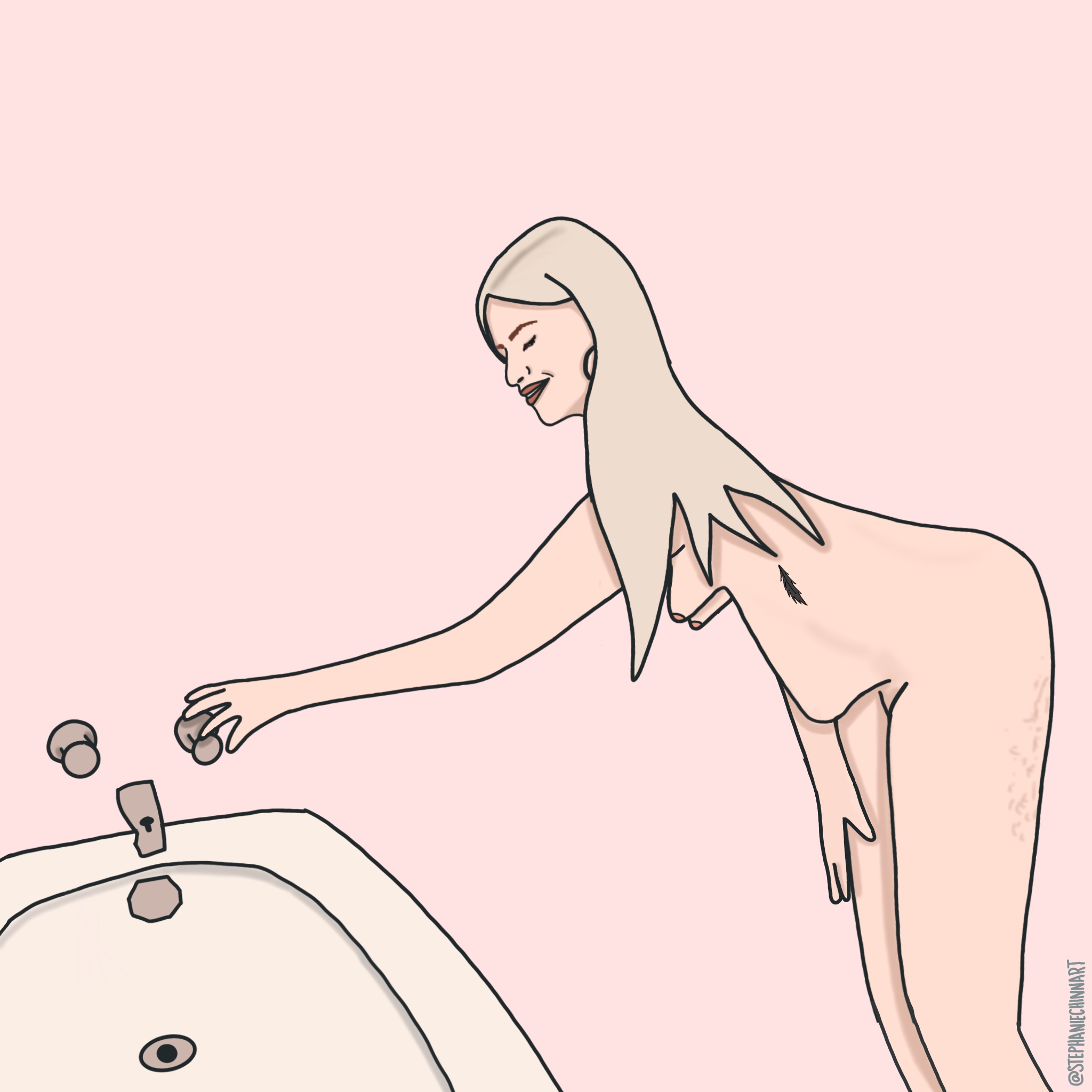 STORY TIME 📖⁣⁣⁣
⁣⁣⁣
Last week on vacation we had this beautiful tub that was open to both the bathroom and the bedroom. Cool feature, right? ⁣⁣⁣
⁣⁣⁣
But then *it* happened. ⁣⁣⁣
And I’ve never really been the same since. ⁣⁣⁣
⁣⁣⁣
I was drawing myself a bath **bent over** and making sure the temperature was just right before I hopped in. ⁣⁣⁣
⁣⁣⁣
But I forgot about the double sided thing. I forgot that my bend forward position on the bathroom side of the tub was an open window to the bedroom where the LOVE OF MY LIFE was sitting. ⁣⁣⁣
⁣⁣⁣
So there I was, bent over and it’s ALL HANGING DOWN. This sounds dramatic but trust me, it’s not. Like balled up socks in the wind 🧦, no lie. ⁣⁣⁣
I mean, breastfeed some babies, lose some weight, age a little, and YOU KNOW. ⁣
⁣⁣⁣
And in that exact moment. That exact position of my body, I hear Shane’s voice in right front of me, mid-level (so no high-angle advantage here) and he’s saying something to me. ⁣⁣⁣
⁣⁣⁣
I didn’t hear what he said I was too busy being in shock and panic that I shot up so fast. ⁣⁣⁣
Like oh dear GOSH NOOOO this is the *very* thing I avoid. ⁣⁣⁣
⁣⁣⁣
I looked at him and asked “what did you say?” And he said “I was just watching you and said that you look really good”. ⁣⁣⁣
⁣⁣⁣
I side-eyed him for a minute and then began to debate and say “but I was bent over! Forwards!” ⁣⁣⁣
⁣⁣⁣
And he goes “well ya look good”. Then turned back to the tv as if it was **nothing** when it was in fact ALL THE THINGS. ⁣😧⁣⁣
⁣⁣⁣
I felt a bit sheepish for a minute and then shook that off and realized that even me in my newly confident self had things that I was holding back on, even with him. ⁣⁣⁣
⁣⁣⁣
Things like, BENDING OVER LIKE A HUMAN BEING. ⁣⁣⁣
⁣⁣⁣
I decided after that, that even if I don’t myself feel super confident about it, it doesn’t detract from my beauty in any way that when she bends, she hangs 🤷🏼‍♀️⁣⁣⁣
⁣⁣⁣
And while I wish it was me to see it and say it to myself first, it was pretty cool that I could be reminded by someone else. ⁣⁣⁣
⁣⁣⁣
This story and moment has sat in my brain replaying itself over and over since it happened and it was a moment I knew I had to share. ⁣⁣
⁣⁣⁣
HaNg LoOsE, friends. 🤙⁣⁣⁣