The First Trimester: From Conception To Deception 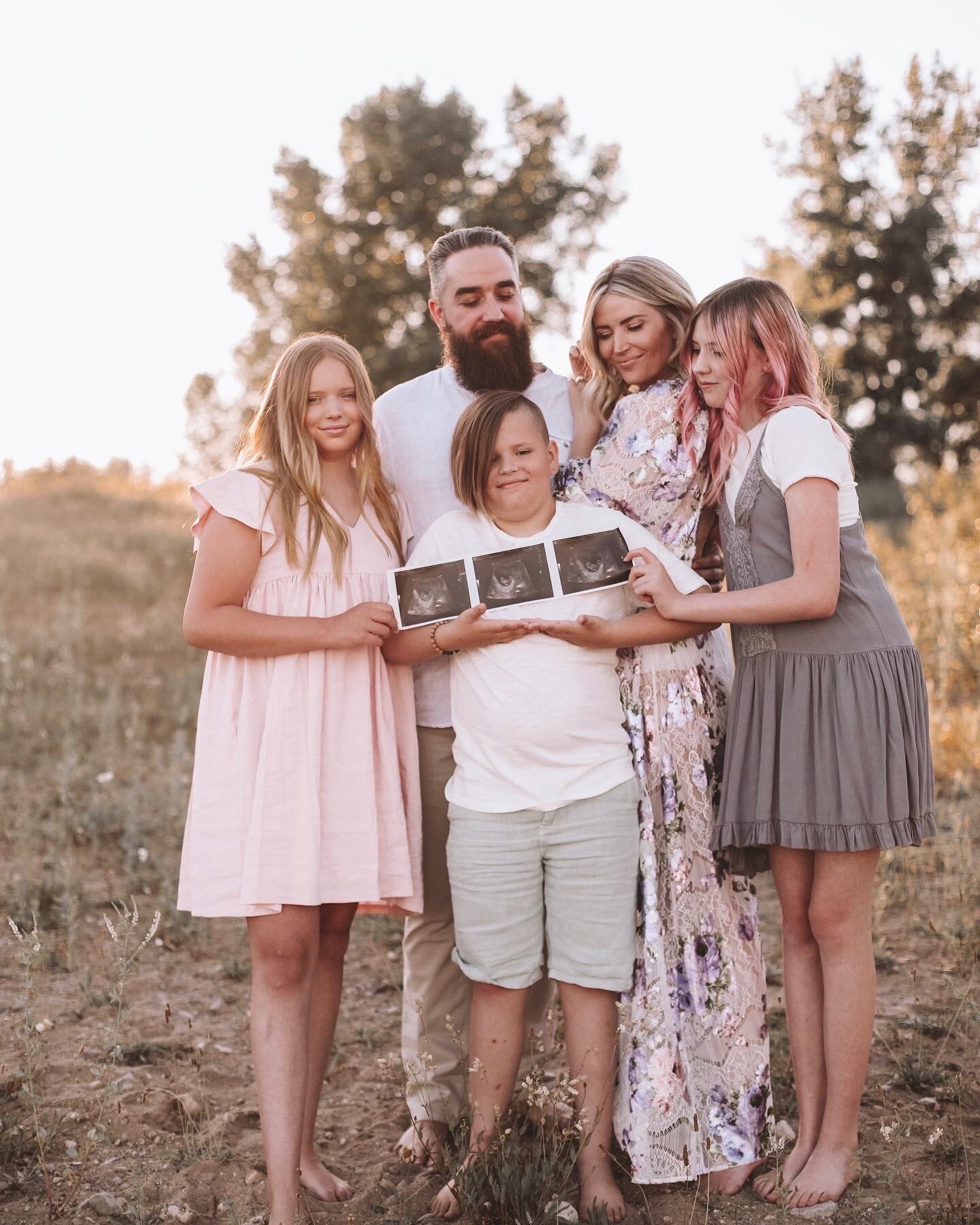 The first trimester is an awfully lonely place to be. With many holding back the initial weeks of pregnancy in fear of those stats that tell you to wait until 12 weeks to share the news, it can be incredibly isolating to go through alone. This is why I’m choosing to share those intimate details with you today.

Before I continue I want to preface that this is our story. Every bit of it real and true. If you are someone who is struggling to conceive, unable to conceive, or have an infertility story, I want to be empathetic in warning that this story may be triggering for you.

When I met Shane, I had 3 children already, and he had none. I knew that dating after divorce and as a single mother meant one of 3 options: Someone who didn’t want kids, Someone who did want a child of their own, or Someone who was indifferent to the additions or not. Shane fell into category 3.

With no real push or desire for his own biological children, while welcoming mine with open arms, it sort of left the choice in my hands. To be honest, it felt like a burden at times.

We were asked, a lot, if we would have our own.

We struggled with that question, a lot, if we would ever try.

Deep down I had a fear, that if I wanted it, the decision was no longer mine to say yes or no to, it could be chosen for me, and I wasn’t sure I was ready for that choice to be made, outside of my own control.

Over the last several years I’ve SO enjoyed watching others with babies while silently celebrating no longer being “in the weeds” of life with kids. I have grown children. Pre-teens and teens who are VERY capable of making their own snacks, meals, sleeping on their own schedule, dressing themselves daily.

I came face to face with the fact that: I loved that.

I loved that having older children meant I had more ME time, more time to BE me, work outside the home, travel, have nights out with friends, be a WOMAN first and a mother, second.

I love my independence. I embrace my selfish needs.

Motherhood, and my experience with it, made me feel it would be a wet blanket on my new fiery passion for life, career, and ambitions.

But in March of this year, something happened.

We watched The Office.

Specifically, the episode where Jim and Pam have a baby. I sobbed and felt like I was holding myself and our family back. Maybe, just maybe, if we “pull the goalie” I could start to navigate how I would feel about it, and go from there.

That month, I was SURE I was pregnant. My breasts were sore, and growing, and my body felt different.

I bought a two-pack of tests, ready to be pregnant, took one, saw the negative result… and my period came the day after.

I think I was annoyed I was wrong about my body more than I was at not being pregnant. So we moved onto the next cycle.

Still unsure of how I felt, we had another “give it a shot” moment, when based on my cycle it was a 5% chance of conceiving. I was giving life a way if it needed it, with just 95% control still on my side.

So on Mother’s Day, before my period was due, I saw the second test from the 2-pack I bought the month before sitting there and thought “well, that’s a funny thing to do on Mother’s Day” and took the test, never expecting anything of it.

I was washing my hands and watching the little digital timer flash on the screen, flipping upside down and back again… and then it happened.

So I ran out and handed it to Shane.

He said, “WHAT POSSESSED YOU TO TAKE A TEST RIGHT NOW RANDOMLY?”
I said, “I thought it was kind of funny to do today of all days”.

We sat, stunned, silent, wondering how the other felt. Knowing it was a mixed bag of giving up our time as a couple, our independence, our sleep, our vacations probably too, career sacrifices, home sacrifices, and that’s when the test gave us the second surprise of “1-2 weeks” displayed on the screen.

Don’t ask me why that made it extra real, but it just did. We were having a baby. Our baby was 1-2 weeks old.

We told my sister, we called our Moms, warning them all “it’s early, don’t get too excited”.

We spent the rest of the night reeling from the news, as I quietly laid in bed, ordering more tests to be delivered by 9pm the next day.

The next day was a foreign familiarity, I still wasn’t sure how I felt, mixed with a surge of fear. I think I cared about this pregnancy more than I cared to admit, and now it’s at risk. While miscarriage is always a risk, it’s increased with age, and now I knew that. I knew too much. Every pang of pain and ache I just felt was it happening. The thing I wasn’t sure I wanted, now surely to be taken from me.

I’ve never been this anxious pregnant.

So I sat, with my 1-2 weeks test in hand (which in pregnancy terms was actually 3-4 weeks because it tracks from the first day of your last period, NOT the date of conception because WHO KNOWS WHY) and worry, day and night, I worried.

By Wednesday, 3 days after the initial test, I took a second one. This time, it came up with a different response, “2-3” weeks. This life was growing, this life was real, this life was now 2-3 weeks old (aka 5-6 weeks).

Next was telling the kids.

I chose not to film or record their reactions, knowing that hey, they may have feelings just as mixed as mine. My kids are all 14,12, and 10… a baby sibling was probably not something they’d realistically considered, and their feelings needed to be validated, even if it was unhappiness or concern.

The reaction instead was shock, surprise, questions, joy, and some concern.

I took another test on Sunday, with the same “2-3 weeks” result, and then another the following Wednesday to watch it say “3+”. One bonus of the digital tests: it can actually show that the pregnancy is progressing.

I was so inspired to have a healthy, active pregnancy. This would be my new chance to do things so differently! I was excited!

I worked out daily, I ate exactly to my body’s nutritional needs. I was going to be SO intentional with this pregnancy.

Then week 8 happened… still with no confirmed pregnancy, I felt my first waves of nausea, and they weren’t pretty… they weren’t like the ones in the earlier days that kind of came and went. They kept happening, over and over. All-day long.

I was barely pregnant and already feeling like I was failing as it’s Mother, typical.

I started to fall asleep in the middle of the day. I would have energy from about 9-12 in the morning and then be done for the day. My capacity now lowering, my nausea rising.

Week 9, I got to go for an ultrasound to find out if this was even a legit thing, or if all my fears had been right, and this was a fluke, a lesson, a warning, a something.

Shane wasn’t able to go with me (rules of COVID) nor could I FaceTime him, or video anything. So I went alone in the dark room, pulled down my pants, felt the cool jelly applied to my stomach, and laid there silently as the Ultrasound Tech apologized for these circumstances.

The screen was turned away from me as I braced myself and my full bladder for what was coming when I heard her say “Ok, I see a baby, and I see a heartbeat”.

I laid there and waited for 20 mins holding in my pee and relaxing my heart at the same time.

There was a baby.

Our baby has a heartbeat.

I’m going to have a baby.

In the end, she was able to turn the screen to me and print some photos for Shane.

There was this little bean with little nubs for limbs, wiggling about.

My pee on a stick was now a wiggling skeleton on a screen.

Gosh, I love them so much.

As I was released from the ultrasound and ushered to a bathroom, I peed and sent everyone a message with the news as I did. It was a relief, all around.

I needed that good news because those waves of nausea were waves of just a sneak attack of what was to come as the days went on, and I got sicker. This pregnancy that I now wanted so badly, was going against my body and taking me out. I felt deceived by my own expectations.

By week 11, I’d had enough. I was functioning for about 1-2 hours a day. My work suffering, my friendships sidelined, my marriage some days feeling on eggshells because when I’m tense, so is Shane. I resented that the pregnancy I felt I would have, was now being ripped from me… and the idea that I “always loved pregnancy” was no longer true. I’m not sure I like this at all.

I decided to go on a pregnancy nausea medication called Diclectin. The midwife warned me that in taking it, it could create extreme drowsiness, and for many, it was almost worse than nausea. At that moment, I kind of knew it wasn’t going to be the saving grace I needed it to be, and upon my first dose, I knew that for real.

I took a pill, went for a walk with my daughter. Nearing the end of the hour, I felt my limbs get heavy. By the time we got home, I felt like I had weights on my legs trying to lift them to up each step.

I came inside, and sat down on the sofa, and fell asleep for 2 hours. When I woke, I was frustrated and tearful. I was going to have to choose one or the other, zombie or nauseated…all day long.

This is my fourth pregnancy, but it just goes to prove that even when you’ve done something before and feel expert about it, you can always be proven wrong.

This pregnancy has challenged me mentally, emotionally, physically, and spiritually. I have asked more questions about myself, my life, and faced deep, deep fears I didn’t know were there more than ever before.

Yet here I sit.

So unsure, still so selfish, still so unwound, still so sick, and yet still smiling at this belly that grew shockingly fast to remind that we have a baby coming.

The final chapter to our blend.

I realize in saying all this there still remains hesitancy within me. For tomorrow is not a guarantee. I could lose this baby at any point, at any moment. Just like my other 3 walking talking babies… nothing is a guarantee.

But right now, right in this moment…there is life.

I will celebrate that life.

I will honour my challenges.

I will give space for all the feelings to be felt.

The good, the bad, the Chandler Bing sex dreams.